Our Archdiocese and Metropolis Hierarchy:

His Eminence Archbishop Elpidophoros (Lambriniadis) of America, Most Honorable Exarch of the Atlantic and Pacific Oceans, is the eighth Archbishop of America elected since the establishment of the Greek Orthodox Archdiocese in 1922.

Archbishop Elpidophoros was born in 1967 in Bakirköy, Istanbul. He studied at the Aristotle University of Thessaloniki — School of Pastoral and Social Theology, from which he graduated in 1991. In 1993, he finished his postgraduate studies at the Philosophical School of the University of Bonn, Germany, submitting a dissertation entitled, “The Brothers Nicholas and John Mesarites: Defenders of Orthodoxy in the Union Negotiations from 1204 to 1214 (in the historical and theological framework of the era).” He was ordained a Deacon in 1994 at the Patriarchal Cathedral and was thereafter appointed as the Codecographer of the Holy and Sacred Synod of the Ecumenical Patriarchate.

In 1995, he was appointed Deputy Secretary of the Holy and Sacred Synod. From 1996-1997 he studied at the Theological School of St. John the Damascene in Balamand, Lebanon, where he improved his knowledge of the Arabic language. In 2001, he presented his doctoral dissertation at the Theological School of the Aristotle University of Thessaloniki under the title, “The Opposing Stance of Severus of Antioch at the Council of Chalcedon,” earning him a Doctorate of Theology with highest distinction. In 2004, he was invited to Holy Cross Greek Orthodox School of Theology in Brookline, MA, where he taught as a visiting professor for one semester.

In March 2005, at the proposal of His All Holiness Ecumenical Patriarch Bartholomew, he was promoted by the Holy and Sacred Synod to the position of Chief Secretary and was ordained to the priesthood by the Ecumenical Patriarch in the Patriarchal Cathedral. In 2009, he submitted two dissertations to the Aristotle University of Thessaloniki — School of Pastoral and Social Theology and was unanimously elected Assistant Professor of Symbolics, Inter-Orthodox Relations and the Ecumenical Movement. The dissertations are entitled: “The Synaxes of the Hierarchy of the Ecumenical Throne (1951-2004)” and “Luther’s Ninety-Five Theses: Historical and Theological Aspects. Text – Translation – Commentary.”  In 2018, he was elected full professor at the same university, a position he held until his election as Archbishop of America.

In March 2011, he was elected Metropolitan of Bursa, and in August of the same year was appointed Abbot of the Holy Patriarchal and Stavropegial Monastery of the Holy Trinity on the island of Halki. He has served as the Orthodox Secretary of the Joint International Commission for the Theological Dialogue between the Orthodox Church and the Lutheran World Federation and as a member of the Patriarchal delegations to the General Assemblies of the Conference of European Churches and the World Council of Churches. He was the Secretary of the Pan-Orthodox Synods in Sofia (1998), Istanbul (2005), Geneva (2006), and Istanbul (2008). He has been an active member of the World Council of Churches serving on its Central Committee and also serving on its Faith and Order Commission since 1996.

On May 11, 2019, he was elected Archbishop of America by the Holy and Sacred Synod of the Ecumenical Patriarchate and was enthroned at the Archdiocesan Cathedral of the Holy Trinity in New York City on June 22 of the same year. 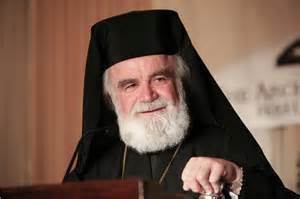 His Eminence Metropolitan Alexios (Panagiotopoulos) is a bishop of the Ecumenical Patriarchate serving in the United States within the Greek Orthodox Archdiocese of America. He is primate of the Metropolis of Atlanta which covers the southeastern portion of the United States. Anthimos Panagiotopoulos was born on December 25th 1943, in Patras, Greece. His parents were Spyridon and Angeliki Panagiotopoulos. In 1963, Anthimos was tonsured as a monk of Vatopedion Monastery. He graduated from the Anthonias Ecclesiastical Academy in 1964. Upon his ordination to the Diaconate in late 1965, he served as Archdeacon of the Metropolis of Patras, but later moved to Athens to enroll in the School of Theology of the University of Athens (from which he received a degree in 1973). While enrolled at the university, he served concurrently as deacon to the Athenian churches of St. Panteleimon and St. Spyridon. Deacon Anthimos returned to Patras upon his ordination to the priesthood on Aug 27th, 1972. He became a member of the Gerokomion Monastery of the Virgin Mary, while serving the church of St. Sophia in Patras. Shortly after receiving his degree from the University of Athens, he applied to the Doctor of Ministry program at Boston University's School of Theology. He was accepted and moved to Boston, where he served as Proistamenos of the church of the Dormition of the Theotokos in Burlington, Vermont. Fr. Anthimos received his doctoral degree in 1977 and returned to Patras, where he was appointed Hegumen of the Gerokomion Monastery. He was shortly summoned back to America, however, to become Dean of the Cathedral of Ss. Constantine and Helen in Brooklyn, New York. The following year, he was transferred to Astoria to serve as dean of the combined communities of St. Demetrios and Ss. Catherine and George.On April 7th, 1987, the Holy Synod of the Ecumenical Patriarchate elected Fr. Anthimos as titular Bishop of Troas. At his consecration on May17th of that year, he was appointed as chorepiscopos (village bishop) of Astoria. (Although this is a former office in Orthodox canon law, in this case the term seems to have been more intended to describe the scope of his responsibilities with respect to the Astoria community.) In 1989, his duties were expanded to include oversight of parishes throughout Queens, Long Island, southern Connecticut, and upstate New York. He was also named as director of the Hellenic Cultural Center, an institution of the Greek Orthodox Archdiocese of America based in Astoria. On Jan 1st 1997, Bishop Alexios was designated as Archepiscopal Vicar for the Diocese of Atlanta, following the death of Bishop Philip. In 1999, Bishop Alexios was elected as the new bishop of the Diocese. At the end of 2002, the Diocese of Atlanta was elevated, along with the other dioceses of the American Archdiocese, to the status of Metropolis, and Bishop Alexios was elevated to the rank of Metropolitan. His Grace Bishop Sevastianos of Zelon

Bishop Sevastianos was born in Ano-Zodia, Cyprus, he is the first born of three children of Panayiota and Frixos Skordallos. He is a graduate of the Econonic High School, Morphou, Cyprus (1973) and the Theological School of the University of Athens, Greece (1978).  He received a scholarship through the World Council of Churches to study in the United States at Columbia Theological Seminary, Decatur Georgia (1982) where he received a Th.M. in Pastoral Psychology. He has worked and received advanced certification in Clinical Pastoral Education at Caraway Methodist Medical Center, Birmingham, Alabama (1980-1982), and furthered his studies in Pastoral Psychology at Vanderbilt University, Nashville Tennessee and Middle Tennessee State University (1982-1984).

He was ordained Deacon on January 17, 1974, by the late Metropolitan of Morphou Chrysanthos and Priest on March 4, 1978 in England by the Bishop of Tropaiou Gregorios who is currently the Archbishop of Thyateira and All England. He received the offikion of Archimandrite by the late Archbishop of Thyateira Athenagoras.  He has served several parishes both as a deacon and a priest in Cyprus, Greece and the U.S. 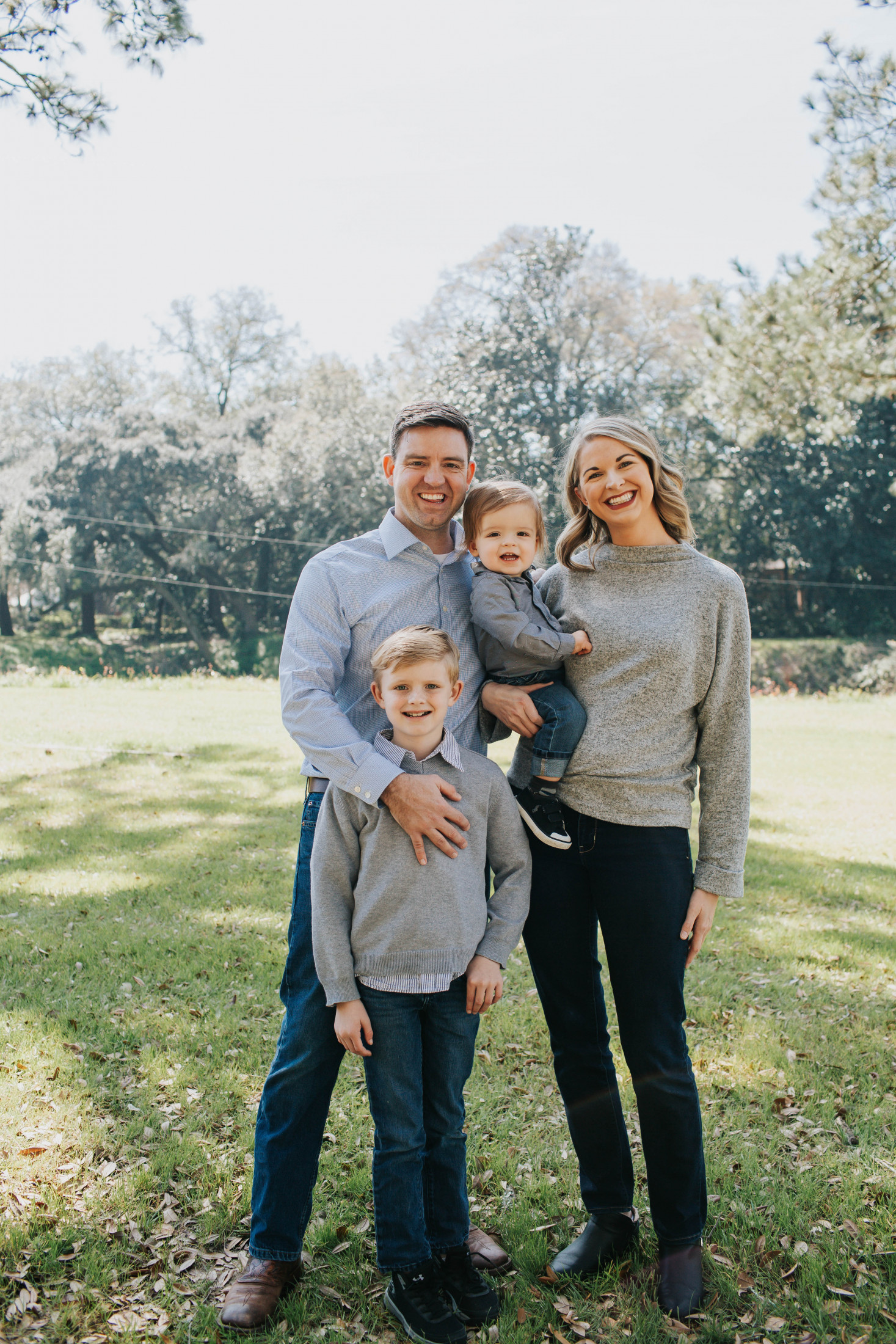 My name is Charisse Babb. I've lived in Pensacola for a just over one year. My family and I moved here from Daphne Alabama, where we lived for 12 years. I am originally from Utah where I was born and raised. My husband Nathan and I met in North Carolina, where I was working as a flight attendant and he was in the Marine Corps. We moved to Alabama, where he is originally from when he got out of the Marines. Nathan and I have been married for 15 years now and have two wonderful boys. Charlie is almost 9 and Alex is 2. We enjoy going to the beach, being outdoors when it isn't too hot (hard to do in the south) and we love watching our son Charlie play baseball. I love to read, which is not so easy with a toddler but I fit it in where I can.

Our Annunciation Church Our Clergy and StaffOur FaithParish Council